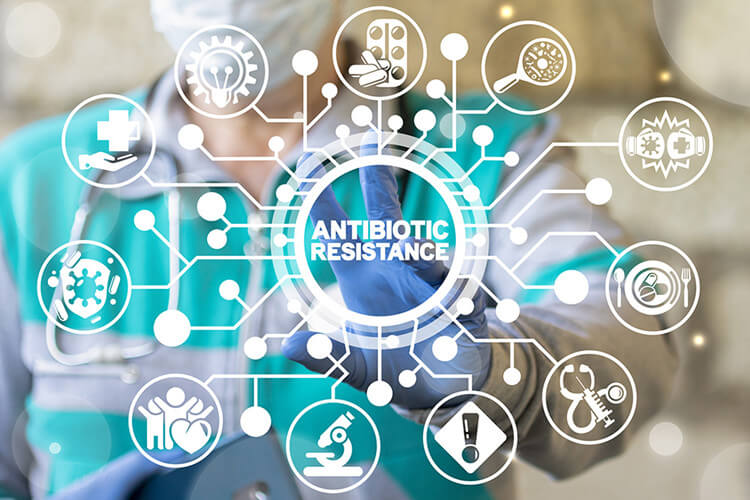 - One drug candidate may restore the body’s natural balance of bacteria to prevent Clostridioides difficile (C. difficile) infections, a serious complication of certain antibiotics or long-term antibiotic use

Two innovative, cutting-edge and potential first-in-class investigational drugs to treat antibiotic-resistant infections will move into advanced stages of development with support from the U.S. Department of Health and Human Services (HHS).

Under the partnership agreements announced today, the Biomedical Advanced Research and Development Authority (BARDA), part of the HHS Office of the Assistant Secretary for Preparedness and Response, will provide advanced development expertise and funding to each company to support Phase 2 and Phase 3 clinical trials and other activities required to seek approval from the U.S. Food and Drug Administration (FDA).

The Centers for Disease Control and Prevention’s (CDC) Antibiotic Resistance Threats in the United States, 2019 identified these two infections as urgent public health threats. If approved, these drugs would represent innovative approaches to preventing and treating the targeted infections.

Antibiotic-resistant infections are a particular concern with large-scale use of antibiotics to treat secondary infections during a pandemic, such as those caused by H1N1 influenza or SARS-CoV-2, and in treating infections caused by biothreat agents, such as anthrax or tularemia, that require 60 days or more of antibiotic therapy.

“Healthcare providers need tools at-the-ready to prevent or combat secondary bacterial infections, particularly those that impact a patient’s successful recovery following antibiotic usage in a public health emergency,” said BARDA Acting Director Gary Disbrow, Ph.D. “Infections associated with long-term antibiotic use are a growing concern and are often costly to treat which makes developing novel drugs and technologies for prevention and treatment all the more urgent for U.S. health security.”

In the United States, C. difficile causes up to quarter of a million infections each year; an estimated 20 percent of these patients suffer recurring infections, and the infection is responsible for at least 12,800 deaths annually. This bacterial infection is associated with antibiotic use, particularly prolonged use of certain classes of broad-spectrum antibiotics. Antibiotic treatment can deplete the human body’s natural, protective, gastrointestinal bacteria, allowing C. difficile to colonize and overgrow in the intestines.

Vedanta Biosciences’ VE303 focuses on restoring the normal balance of beneficial bacteria naturally found in the human digestive tract, including to prevent recurrence of C. difficile. VE303 is an investigational, rationally defined, live biotherapeutic product (LBP) given as a pill (oral capsule). VE303 consists of eight well-characterized bacteria that commonly reside in the intestine of healthy people of all ages and do not cause harm to the body.

VE303 is the seventh product to graduate from CARB-X and the second CARB-X candidate to receive BARDA’s advanced development support. If successful, VE303 could become the first FDA-approved live bio-therapeutic product to address this urgent threat to public health. VE303 also represents the first live bio-therapeutic product BARDA has supported.

Locus Biosciences’ LBP-EC01uses a combination of CRISPR-Cas3 technology and bacteriophages (viruses that only infect bacterial cells) to treat recurrent UTIs caused by E. coli, including those that are antibiotic-resistant. The bacteriophages inject their DNA into E. coli bacteria, replicate and cause the bacteria to burst, killing them. The CRISPR-Cas3 technology, meanwhile, permanently degrades the DNA of the target bacterial cell, killing any E. coli cells that might have otherwise escaped being killed by the bacteriophage on its own.

Worldwide, an estimated 150 million UTIs occur each year; the majority affect women, highlighting the severity of this issue to women’s health. Approximately 80 percent of these infections are caused by E. coli, and up to 40 percent of people experience a recurrence within months of the first episode. The CDC has identified antibiotic-resistant E. coli as an urgent and serious public health threat requiring development of new treatments.

If successful, LBP-EC01could become the first CRISPR engineered bacteriophage therapy to be approved by the FDA. BARDA’s partnership with Locus Biosciences also may foster the development of a new regulatory pathway for bacteriophage therapeutics and similar innovative products.

HHS works to enhance and protect the health and well-being of all Americans, providing for effective health and human services and fostering advances in medicine, public health, and social services. The mission of ASPR is to save lives and protect Americans from 21st century health security threats. Within ASPR, BARDA invests in innovation, advanced research and development, acquisition, and manufacturing of medical countermeasures – vaccines, drugs, therapeutics, diagnostic tools, and non-pharmaceutical products needed to combat health security threats. To date, BARDA-supported products have achieved 55 U.S. Food and Drug Administration approvals. To learn more about partnering with BARDA, visit medicalcountermeasures.gov and to find more about preparing for and responding to public health emergencies, from new infectious diseases to natural disasters and bioterrorism, visit the HHS public health emergency website, phe.gov. To learn more about federal support for the nationwide COVID-19 response, visit coronavirus.gov.