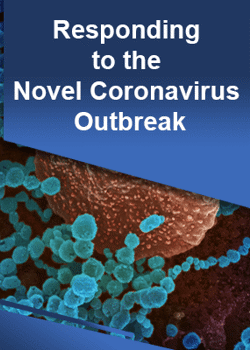 As part of the Trump Administration’s Operation Warp Speed, on Wednesday, the Department of Health and Human Services announced a task order with Emergent BioSolutions to advance manufacturing capabilities and capacity for a potential COVID-19 vaccine as well as therapeutics. The task order is worth up to $628 million and falls under an existing contract with the Biomedical Advanced Research and Development Authority (BARDA), part of HHS’s Office of the Assistant Secretary for Preparedness and Response.

Under the task order, Emergent will commit manufacturing capacity valued at up to $542.75 million for production of COVID-19 vaccine candidates through 2021, in addition to an investment of approximately $85.5 million for the rapid expansion of Emergent’s vial-filling its contract development and manufacturing (CDMO) capacity for vaccines and therapeutics.

Before this task order announcement, Emergent had begun collaborating on manufacturing with Johnson & Johnson, Novavax, and Vaxart on their COVID-19 vaccine candidates. (Johnson & Johnson’s candidate has received BARDA support). BARDA has invested since 2012 to expand domestic manufacturing capabilities in the United States, including creating three Centers for Innovation in Advanced Development and Manufacturing; one of the centers is managed by Emergent and becomes the first to be deployed for the Operation Warp Speed effort.

“Within two weeks after announcing Operation Warp Speed, President Trump has now brought on another key manufacturing partner for an eventual COVID-19 vaccine. Before a vaccine is even approved, Emergent’s manufacturing capabilities will pave the way for drug companies with candidates approaching approval to begin turning out doses. Securing more manufacturing capacity here in America for candidates that make it to the final stages of Operation Warp Speed will help get a vaccine to American patients without a day wasted.”