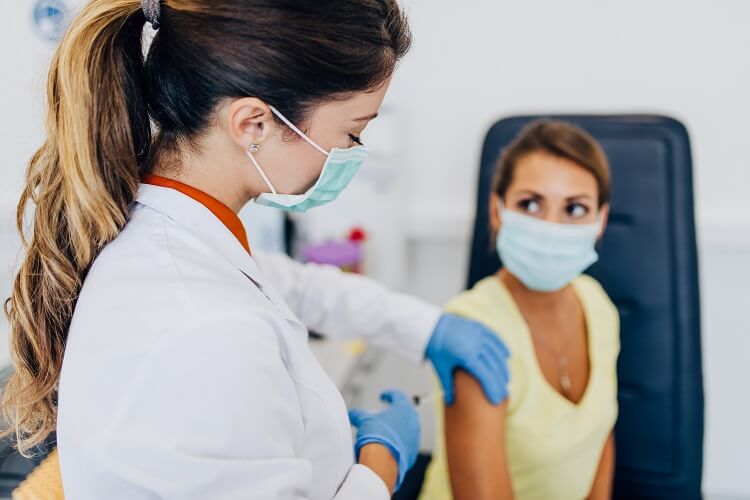 The Trump Administration, through the U.S. Department of Health and Human Services (HHS) and Department of Defense (DOD), will purchase an additional 100 million doses of COVID-19 vaccine from Pfizer.

On Dec. 11, the U.S. Food and Drug Administration (FDA) authorized the vaccine for emergency use and doses began shipping immediately. The vaccine is being provided at no cost to Americans. Vaccine administration costs for private-sector administration partners are covered by healthcare payers: private insurance, Medicare or Medicaid, and HHS’s program to cover COVID-19 costs for the uninsured which is reimbursing the provider at Medicare rates from the provider relief fund.

The additional doses ordered today provide for a seamless transition from the first 100 million doses contracted earlier this year. This represents successful implementation of the U.S. government’s overall strategy to ensure continued availability of safe and effective SARS-CoV-2 vaccines to Americans.  This strategy began in spring 2020 with Operation Warp Speed (OWS) planning and has been consistent in all initial OWS contracts and agreements with industry partners supporting large scale manufacturing of SARS-CoV-2 vaccines.

Today’s agreement also includes options for an additional 400 Million doses of the Pfizer vaccine. As part of ongoing coordination, the government and Pfizer are also continuing to discuss potential approaches to further strengthen our partnership and safely expand output and accelerate production.

“Securing more doses from Pfizer for delivery in the second quarter of 2021 further expands our supply of doses across the Operation Warp Speed portfolio,” said HHS Secretary Alex Azar. “This new federal purchase can give Americans even more confidence that we will have enough supply to vaccinate every American who wants it by June 2021.”

The agreement announced today brings the total doses of Pfizer’s vaccine purchased by the federal government to 200 million. Pfizer began manufacturing the first 100 million doses while clinical trials were underway. Manufacturing in parallel with clinical trials expedited the traditional vaccine development timeline and built toward the U.S. government’s Operation Warp Speed goal to begin delivering safe and effective vaccines to the American people by the end of the year.  This goal has been achieved with the initial distribution of the Pfizer vaccine beginning immediately after the Food and Drug Administration granted Emergency Use Authorization (EUA).

The Biomedical Advanced Research and Development Authority (BARDA), part of the HHS Office of the Assistant Secretary for Preparedness and Response, has now collaborated with the DOD Joint Program Executive Office for Chemical, Biological, Radiological and Nuclear Defense (JPEO-CBRND) and Army Contracting Command - New Jersey to provide Pfizer approximately $4B total for the delivery of 200 million doses of the vaccine to Government-designated locations across the country.

The Pfizer vaccine was developed using messenger RNA, also called mRNA; mRNA vaccines take advantage of the process that cells use to make proteins in order to trigger an immune response and build immunity to a virus. In contrast, most vaccines use weakened or inactivated versions or components of a disease-causing virus to stimulate the body’s immune response to create antibodies.

OWS is a partnership among components of the Department of Health and Human Services and the Department of Defense, engaging with private firms and other federal agencies, and coordinating among existing HHS-wide efforts to accelerate the development, manufacturing, and distribution of COVID-19 vaccines, therapeutics, and diagnostics.

About HHS, ASPR, and BARDA:

HHS works to enhance and protect the health and well-being of all Americans, providing for effective health and human services and fostering advances in medicine, public health, and social services. The mission of ASPR is to save lives and protect Americans from 21st century health security threats. Within ASPR, BARDA invests in the innovation, advanced research and development, acquisition, and manufacturing of medical countermeasures – vaccines, drugs, therapeutics, diagnostic tools, and non-pharmaceutical products needed to combat health security threats. To date, BARDA-supported products have achieved 57 FDA approvals, licensures or clearances. Learn more about BARDA COVID-19 Portfolio and BARDA’s COVID-19 Response.

The Joint Program Executive Office for Chemical, Biological, Radiological and Nuclear Defense (JPEO-CBRND) protects the Joint Force by providing medical countermeasures and defense equipment against chemical, biological, radiological and nuclear (CBRN) threats. JPEO-CBRND’s goal is to enable the Joint Force to fight and win unencumbered by a CBRN environment. JPEO-CBRND facilitates the rapid response, advanced development, manufacturing and acquisition of medical solutions, such as vaccines, therapeutics, and diagnostics, to combat CBRN and emerging threats such as COVID-19. To learn more about JPEO-CBRND’s COVID-19 response, visit https://www.jpeocbrnd.osd.mil/coronavirus or follow JPEO-CBRND on social media at @JPEOCBRND.

Follow Us
Website Refresh - www.medicalcountermeasures.gov is pleased to announce a phased launch of our newly redesigned public website. We are making website improvements to provide a more modern and customer-centric web experience. Over the next several months you will see differences throughout the site while we continue implementing updates. Thank you for your understanding and please let us know if you have any questions: techwatchinbox@hhs.gov