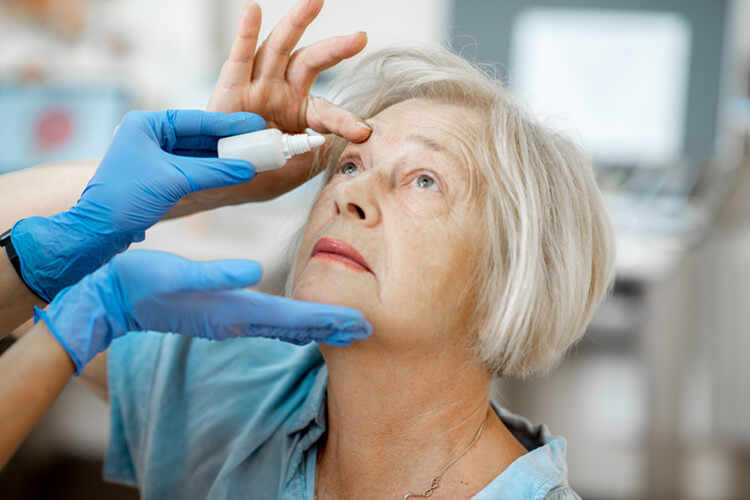 Under BARDA’s Division of Research, Innovation, and Ventures (DRIVe) Repurposing Drugs in Response to Chemical Threats (ReDIRECT) program, BARDA will provide funding for proof-of-concept studies to evaluate the therapeutic potential of aCT1 eye drops in preclinical models of sulfur mustard corneal injury. aCT1 eye drops is the second compound to be investigated as a repurposing candidate under the ReDIRECT program, a partnership between DRIVe and the Chemical, Biological, Radiological, and Nuclear (CBRN) medical countermeasures Branch.

aCT1 is a synthetic peptide that has been shown to promote wound healing and temper pathological inflammation in the skin and eye. A topical formulation of aCT1, called Granexin® gel, is in late-stage trials (Phase 2/3) for indications of cutaneous radiation injury, cutaneous scarring from breast reduction surgery, and thermal burns.

aCT1 eye drops decrease inflammation (a common pathological response to chemical injuries such as sulfur mustard) and may promote regenerative ocular healing. Given that aCT1 displays anti-inflammatory effects for multiple indications within the field of regenerative medicine, the therapeutic potential of an ophthalmic formulation (aCT1 eye drops) will be investigated for long-term ocular injuries caused by vesicants (blister agents), specifically sulfur mustard.

In the aftermath of sulfur mustard exposure, acute injury to the cornea often resolves on its own within a few weeks. However, in some patients, a chronic condition may arise later once treatment stops. This delayed, recurring corneal injury, known as mustard gas keratopathy, is typically irreversible and can result in blindness. Repurposing aCT1 as an MCM against mustard gas keratopathy has the potential to improve the quality of life after chemical exposure by preventing the loss of eyesight.

These studies will aid in establishing rapidly deployable capabilities that can be used to reduce adverse health effects following ocular exposure to sulfur mustard.

The following information is provided by the company and does not indicate endorsement by the federal government of the company or its products.