BARDA and Vedanta Biosciences partner for Phase 3 clinical trial of VE303 as a potential treatment for C. difficile bacterial infections 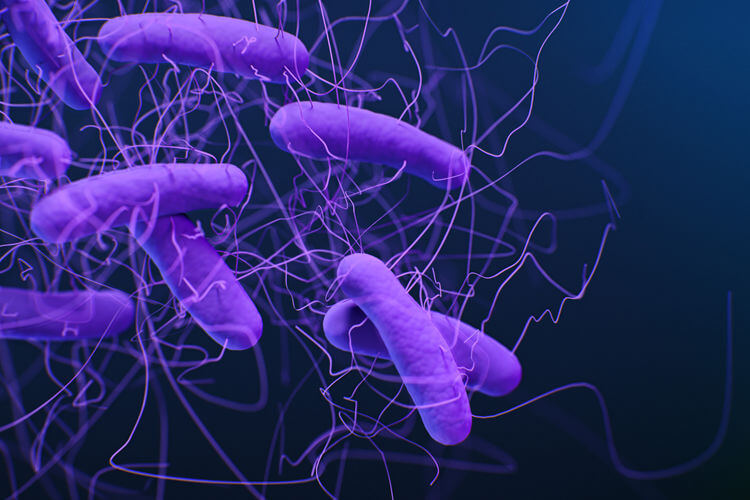 BARDA will support a Phase 3 clinical trial to evaluate the use of VE303, an orally administered investigational live biotherapeutic product (LBP) being developed by Vedanta Biosciences of Cambridge, Massachusetts, to treat patients at high risk of recurrent Clostridioides difficile (C. difficile) infections (CDI). The support is based on Vedanta’s successful completion of a Phase 2 clinical trial for VE303 showing significant benefit compared with placebo and an acceptable safety profile.

In the United States, C. difficile causes approximately half a million infections each year, including up to 165,000 recurring infections, and up to 45,000 deaths annually. The Centers for Disease Control and Prevention’s (CDC) Antibiotic Resistance Threats in the United States, 2019 identified antibiotic-resistant CDI as an urgent public health threat.

During the treatment of secondary infections that may occur as a consequence of pandemic influenza, a chemical, biological, radiological, nuclear (CBRN) threat, or an emerging infectious disease, the standard-of-care administration of broad-spectrum antibiotics can deplete the human body’s natural, protective gastrointestinal bacteria. Existing treatments for C. difficile include such antibiotics which can further perturb the gut microbiome and enable C. difficile to further colonize and damage the intestines, resulting in symptoms ranging from diarrhea to life-threatening damage to the colon. This condition can leave patients vulnerable to CDI recurrence which could encourage the spread of antibiotic resistance.

VE303 is a potential new tool against CDI that is designed to reconstitute a patient’s gut microbiome while supporting better antibiotic stewardship in the healthcare system. The drug is designed to restore the normal balance of bacteria naturally found in the human digestive tract, which can prevent overgrowth of C. difficile. VE303 is an investigational LBP that is administered as an oral capsule to patients.

Vedanta is discovering and developing treatments composed of specific bacterial strains that commonly reside in the intestines of healthy people. Together, these bacterial strains comprise a ‘defined bacterial consortium,’ a type of synthesized microbiome which is grown from clonal cell banks. This rigorously controlled approach provides a path to scalable production of pharmaceutical-grade LBPs suitable for large patient populations.

Vedanta’s Phase 2 randomized, double-blind, placebo-controlled trial evaluated the safety and efficacy of two different dose regimens (high dose and low dose) of VE303 compared to placebo in patients at high risk of recurrent CDI. The high dose of VE303 met the trial’s primary endpoint with a 31.7 percent absolute risk reduction in rate of recurrence (or a greater than 80 percent reduction in the odds of a recurrence) at eight weeks when compared with placebo. Overall, VE303 was observed to be generally well-tolerated in the trial.

These data will inform the planned pivotal Phase 3 trial of VE303, which Vedanta plans to initiate in the second half of 2022.

VE303 received early development support from CARB-X, a global public-private partnership established by BARDA in 2016 in partnership with the National Institute of Allergy and Infectious Diseases, part of the National Institutes of Health, and the Wellcome Trust in the United Kingdom (UK). Additional funding and support for CARB-X come from The Bill and Melinda Gates Foundation and the governments of the UK and Germany. CARB-X is dedicated to accelerating antibacterial research to tackle the rising threat of drug-resistant bacteria. VE303 is one of nine products that graduated from CARB-X and is the first CARB-X candidate to receive BARDA’s advanced development support. VE303 also represents the first LBP that BARDA has supported.

The following information is provided by the company and does not indicate endorsement by the federal government of the company or its products.

Vedanta Biosciences is leading the development of a potential new category of oral therapies based on a rationally defined consortia of bacteria isolated from the human microbiome and grown from pure clonal cell banks. The company’s clinical-stage pipeline includes product candidates being evaluated for the treatment of high-risk C. difficile infection, inflammatory bowel diseases, advanced or metastatic cancers, and food allergy. These investigational therapies are grounded in pioneering research – published in leading journals including Science, Nature, and Cell – to identify beneficial bacteria that live symbiotically within the healthy human gut, fight pathogens and induce a range of potent immune responses. Vedanta Biosciences controls a foundational portfolio of more than 40 patents and has built what it believes to be the world’s biggest library of bacteria derived from the human microbiome. Proprietary capabilities include deep expertise in consortium design, vast datasets from human interventional studies and cGMP-compliant manufacturing of oral LBP candidates containing pure, clonally derived bacterial consortia in powdered form. Vedanta Biosciences was founded by PureTech Health (LSE: PRTC, Nasdaq: PRTC) and a global team of scientific co-founders who pioneered Vedanta’s modern understanding of the cross-talk between the microbiome and the immune system.